Book now your stay at the best guaranteed rate!

Via Margutta is a street full of magic and tradition; its enchanting atmosphere and boundless charm have drawn artists, writers and movie makers from all over the world.
The street was once studded with storehouses and stalls, the backsides of buildings facing Via del Babuino, that were transformed with time into artisan workshops, art studios and antique shops (celebrated in the curious Fountain of the Artists, built in 1927 following a project by the architect Pietro Lombardi), which created that uniquely lively and enchanting atmosphere that to this day greets visitors to Via Margutta.

Hotel Forte has the privilege to be located here, in a historical building dating back to the 1600s, the seat of an ancient and renowned theatre, the “Alibert Theatre” or “Teatro delle Dame”, the first theatre to feature female actresses, where it has the pleasure of hosting guests in refined rooms made richer by unmistakable Roman cordiality.

Today, Via Margutta has preserved its unique atmosphere and setting and has become one of “Eternal City’s” most elegant streets. Fashion houses, elite boutiques, exclusive cafes and restaurants; but also picturesque trattorias and traditional markets. Moreover, every October there is the traditional 100 Painters Art Exhibition (Mostra dei Cento Pittori), a display of paintings by Italian and foreign artists, that get the entire street involved in a colourful celebration. Many other, typically Roman events and those with an international feel draw and involve personalities from the worlds of cinema and fashion, creating a simultaneously exclusive and authentic atmosphere.
Just 100 meters from Hotel Forte sits Piazza di Spagna (where a metro stop is located) with the splendid

steps leading to the Trinità dei Monti church and Fontana della Barcaccia (Leaky Boat Fountain),one of the most beautiful Baroque fountains and one of Rome’s spots most famous throughout the worldfor its beauty and charm; a short distance away, there are also Via Condotti, for lovers of designer shopping, and Via del Corso, with its multitude of shops and boutiques.
Ascending the Spanish Steps, takes you to the Villa Borghese Gardens, a stupendous Roman urban park with buildings, gardens, ponds, a prestigious riding track, which hosts the “Piazza di Siena” horse show, and the Borghese Gallery, an extraordinary collection of masterworks by the greatest artists (Bernini, Caravaggio, Rubens, Tiziano, Canova etc.). An extremely pleasant stroll along Via del Babuino will also take you in under 10 minutes to Piazza del Popolo, defined by the twin churches of Santa Maria dei Miracoli and di Montesanto. A pedestrian zone, it is one of Rome’s most elegant sitting rooms with very popular cafes and historical restaurants framed by the scenographic oval below Pincio terrace.
The Trevi Fountain is a little more than 10 minutes away on foot, just as the Pantheon. The buses stopping along Via del Corso, just 5 minutes from Hotel Forte, are very convenient for reaching the archaeological Rome sites of the Imperial Fori and the Colosseum, as well as for reaching Saint Peter’s Basilica.

Roman Holiday and other films, songs and personalities of Via Margutta, Gregory Peck’s house where Audrey Hepburn finds shelter in the unforgettable Roman Holiday is in Via Margutta; and at n. 33, mysterious 13, the backdrop of Il segno del Comando, a cult TV series from the 70s; maestro Federico Fellini lived here and loved strolling down the street with Giulietta Masina; "… My love, if you could only see how beautiful the sky over Via Margutta is on this night…” are the words of Via Margutta, a song dedicated to the street by the Roman singer Luca Barbarossa … 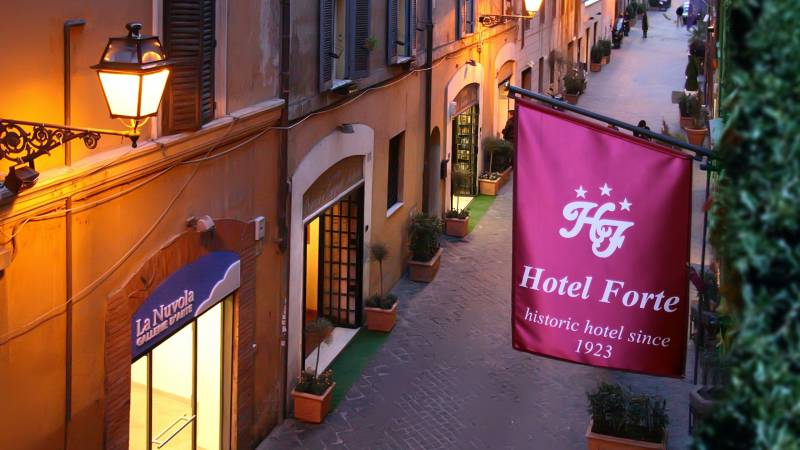 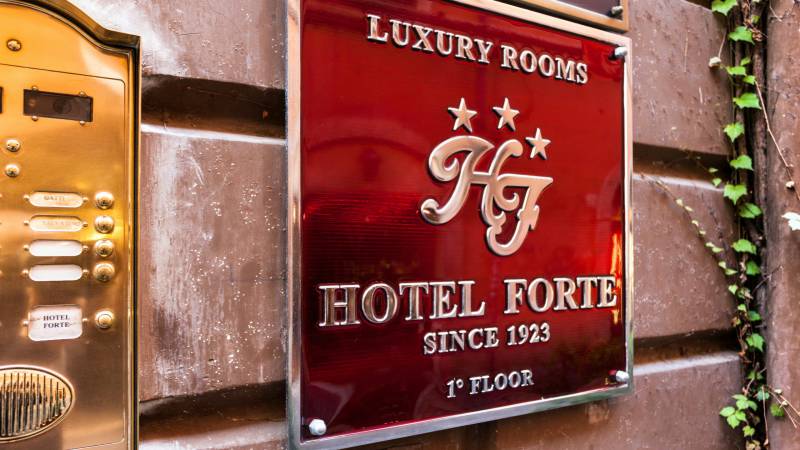 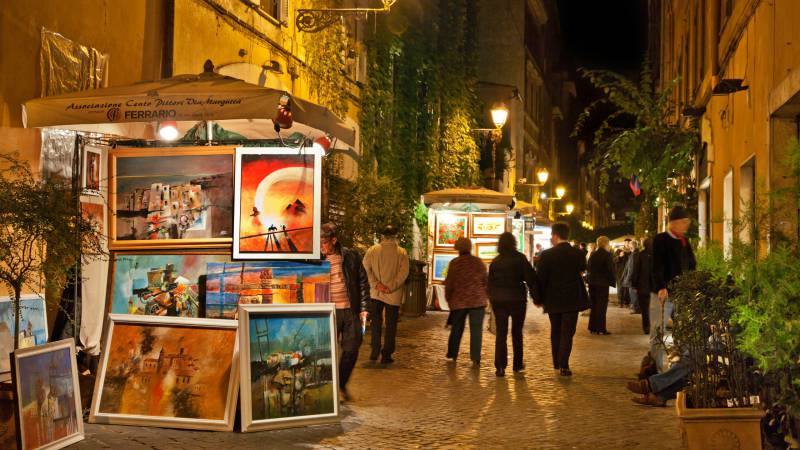 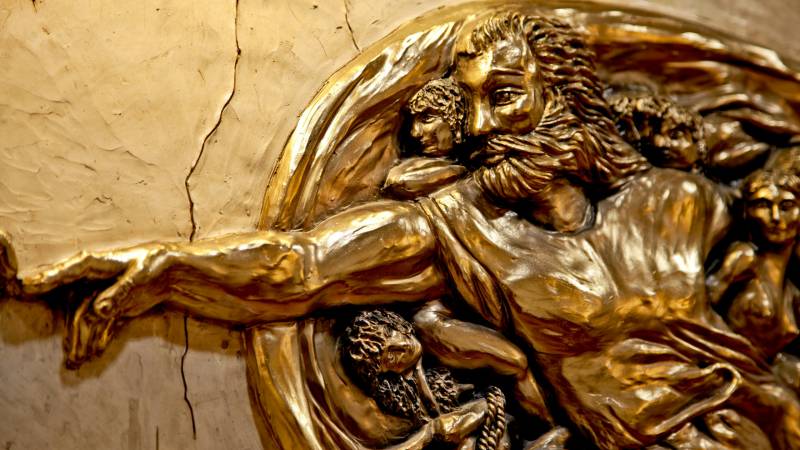 How to get to us

BY PLANE
From Rome Fiumicino and Rome Ciampino airports, take one of the shuttles or a train (Leonardo Express from Fiumicino and above ground metro FM4 or FM6 from Ciampino) to Rome Termini Station. From here, follow the directions in the By Train section.

BY TRAIN
From Termini Station, take the metro line A and get off at the third stop, “Spagna”. Proceed on foot towards Piazza di Spagna, continue to the right along Via del Babuino for about 100 meters and make the first right onto Via Alibert; walk an additional 50 meters. You have arrived. On the left, at the intersection with Via Margutta you will find Hotel Forte.

BY CAR
From all directions, get onto the Grande Raccordo Anulare and take the Via Salaria exit. Follow Via Salaria for about 6 km, continue straight onto Via Pacini, cross Largo Tartini and follow Via Pinciana. Proceed for a few km next to Villa Borghese Park until you see (after passing the Park entrance) the underground Autopark of Villa Borghese. Park (paid parking) and follow the underground passage to Piazza di Spagna.
Hotel Forte is 100 meters away.